You are not connected. Please login or register
4 posters 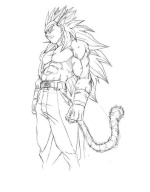 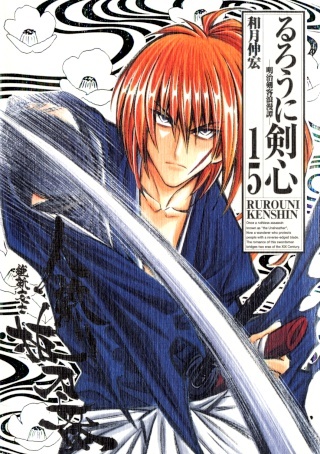 Synopsis:
The story of Rurouni Kenshin takes place during the early Meiji period in Japan. It tells the story of a peaceful wanderer named Himura Kenshin, formerly known as the assassin Hitokiri Battōsai. After participating during the Bakumatsu war, Kenshin wanders the countryside of Japan offering protection and aid to those in need as atonement for the murders he once committed as an assassin. When arriving in Tokyo, he meets a young woman named Kamiya Kaoru, who was in the middle of a fight with a murderer who claims to be the Hitokiri Battōsai from her swordmanship school. Kenshin decides to help her and defeats the fake Battōsai. After discovering that Kenshin is the real Battōsai, she offers him a place to stay at her dojo as she notes Kenshin is a gentle person instead. Kenshin accepts and begins to establish lifelong relationships with many people, including ex-enemies, while dealing with his fair share of enemies, new and old.

Notes:
What we're scanlating is the Kanzenban version of Rurouni Kenshin. And we're planning on finishing the entire series.
This project is being done by Feanor. For any questions or whatever mail him at askfeanor@web.de
If you want to download, you'll have to be logged in. If you find any links that are down, please let us know, so we can upload them back again. Also I was told that you have to post 1 time to be able to download, not sure if it's true.

Just finished reading the first chapter and I'm in <3 with the colored pages. Did you do the translation?

Anyway, keep up the great work and thanks so much.

so... on page 20 i didn't found the word strenght, altough i did find it on 48. On page 40 that "an utopian" part is correct, because in english a word that starts with a vowel always has an before it. on page 47, that part is also correct...(the one we used i mean.) yours is wrong

on page 48.... i'm not really sure how it's correct :/ with ' or without. not sure.
altough i did find another mistake

regretable.... that's actually with 2 t's... regrettable.
anywho thanks for trying to help, and for mentioning that strenght part. i'll inform feanor, and maybe he'll redo that page maybe not.

Sorry, I meant pg. 19 for the strength part. And after reading a handful of articles on utopian usage from Google searching, I can say that it'd be 'a utopian'. As for pg. 47, I guess your translation does make sense, although it does sound awkwardly phrased to me. xD And lastly, it's correct as Battousais on pg. 48 because it's not showing possession of anything; instead, it's showing the plural of Battousai.

Anyway, you did get me with the 'regrettable' error. Anyway, keep up the great work.

Use a if the next word begins with a consonant SOUND.
This is a sound rule, NOT a spelling rule.

There are plenty more web sites that support the use of a before union instead of an. Anyhow, thanks for all your hard work, Feanor and everyone else!
Anthony

This one is a lot more complex since it involves a collective noun which can be either singular or plural, but in this case I would use aren't instead of isn't.
Anthony

Sorry for posting so many replies. I've been posting as I read, but I will wait until I'm finished for this one.

The strength typo is undisputed. As is regrettable.

This is my first time reading this manga, so I had to do a bit of Googling to figure some stuff out which would be cool to address with asides in the white space. A couple examples would be to put an asterisk (*) by the first oro and in the white space have another asterisk and tell the readers that oro means huh in Japanese. Translating sakabatou in this way would also be helpful, as not understanding that he was referring to the backwards sword confused me more than the awkward phrasing on page 47. This wouldn't need to be done every time the word is used, but would be helpful the first time for newbies like myself to make the series more accessible.

Anyhow, thanks again for all of your hard work in providing this and other high quality scans!
Necro

thanks for all the help. i just sent an email to Feanor, told him to check this thread, btw seems he's gonna do a v2 of the chapter... sorry for the mistakes

btw i'm not sure, but most likely i'm not going to report the v2 on mangaupdates... i will report it as usual on the group page though. i don't like v2 reports on mangaupdates

There's really no need to apologize! The mistakes are totally minor and the quality is superb! Feanor is doing a great job.

I actually found this group through Feanor as I've been following his Dragon Ball scans (which are amazing) and hope to start reading some more of your scans when I have some time.
DesoNoto

Thanks for yet another chapter. Just in time too as I just fixed my computer after more than a month.

Good work on releasing higher quality scans, but will you pick up pace? By the time it reaches volume 10 and this pace I'll be dead.

Willing to help tho' I have no experience.
Admin

So, as i said before... this forum is mostly managed by me... Necrophagia. and rurouni kenshin is done by Feanor, He just wrote on the credits page in ch05 that he will pick up the pace.
Feanor is also the one that does Dragon Ball the perfect edition that's why he's a little slow. Anyway he's a perfectionist so most likely he won't want help... but try asking him just in case... mail him at askfeanor@web.de
Goobgobb

Oh, so he also does the Dragon Ball kanzentai... good fellow.

right now he is alternating between dragon ball and kenshin. He releases two dragon ball chapters then one kenshin chapter.
jennjenn

So on the editor note on chapter 2 of RK, what is it that we're supposed to see on page 75?? I'm really curious now xD;; Thanks

i'm not sure... maybe the fact that on the third panel there's no scar on kenshin's cheek?
cco

Thanks for doing the Kanzenban. This is the definitive version of Rurouni Kenshin. A fan scanlated version (Viz translation sucks) of the Kanzenban (which has better artwork than the tankobon, Sadly the Kanzenban does not feature the original colored pages, but restored ones, but it still looks amazing.